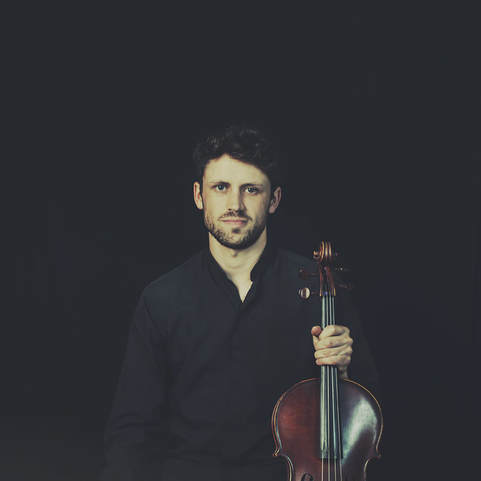 Anthony Chataway, unlike most violists, began the viola at the age of nine without learning violin beforehand. After graduating from St Peter’s College in Adelaide, South Australia, where he was Captain of Music and recipient of the Evans Music Award in 2007, he attended the Elder Conservatorium where he studied with Keith Crellin, and was awarded his degree with first class honours as well as The Director's Award in 2011 for outstanding leadership.

Since then he has studied at The Australian National Academy of Music under the tutelage of Caroline Henbest and Chris Moore. Anthony has been principal viola of the Adelaide Youth Orchestra and the Elder Conservatorium Symphony and Chamber Orchestras. He has performed in The Australian Youth Orchestra, Momentum Ensemble, Sydney Sinfonia, Tasmanian Symphony Orchestra and the Australian Chamber Orchestra and has performed chamber music with The Brodsky Quartet, Anthony Marwood, Paul Dean, Toby Lea, Tobias Breider among others. He currently holds a permanent position with The Melbourne Symphony Orchestra and regularly performs solo recitals around Melbourne and Regional Victoria - as well as frequent guest appearances with the Melbourne based Trad. Jazz Band “The Knock Offs.”

In his spare time Anthony enjoys cryptic crosswords, knitting and is a self-confessed cricket tragic.