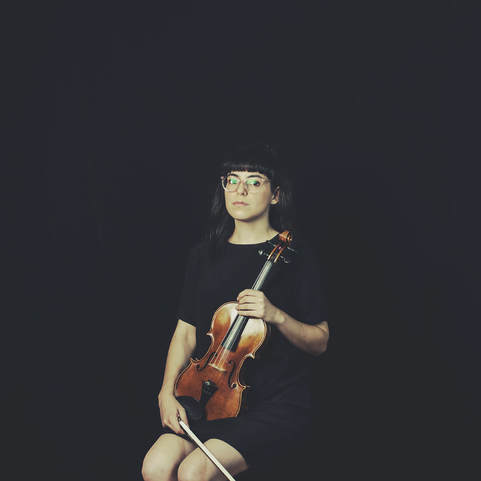 Melbourne/Naarm based violinist Madeleine Jevons enjoys a vibrant freelance career. She holds a Bachelor of Music Performance at the former VCA (2010) and graduated from the Honours course in Music Performance (2011). Throughout these courses she studied primarily under Zoe Black, Miwako Abe, Monica Curro and Adam Chalabi. She is a 2014 graduate of the Australian National Academy of Music where she most recently studied with Dr. Robin Wilson.

Madeleine is passionate about chamber music and is a current and founding member of Melbourne’s Penny Quartet. She was part of the winning string quartet (2010) and a finalist (2011) in the University of Melbourne Alumni Chamber Competition and received the Corinna D’Hage Mayer string scholarship (2011). In 2013 Madeleine was the recipient of the St. Silas Outstanding Achievement Award at ANAM, culminating in a curatorship at St. Silas' Anglican Church in Albert Park which focussed on merging improvised and experimental performance with classical works. Madeleine was nominated for the prestigious Freedman Fellowship award in 2019.

As a lover of all musical genres, Madeleine appears on several commercial recordings and live performances. Paul Kelly's ARIA award winning “Conversations With Ghosts” and subsequent tour, multiple collaborations with Penny Quartet including Zola Jesus and Flight Facilities, recording the work of jazz pianist Tim Stevens for the ABC and most recently touring with singer-songwriter Kate Miller-Heidke.